I often get this question: “Doc, does running hurt my knee?” The answer is no. Injury hurts your knee. 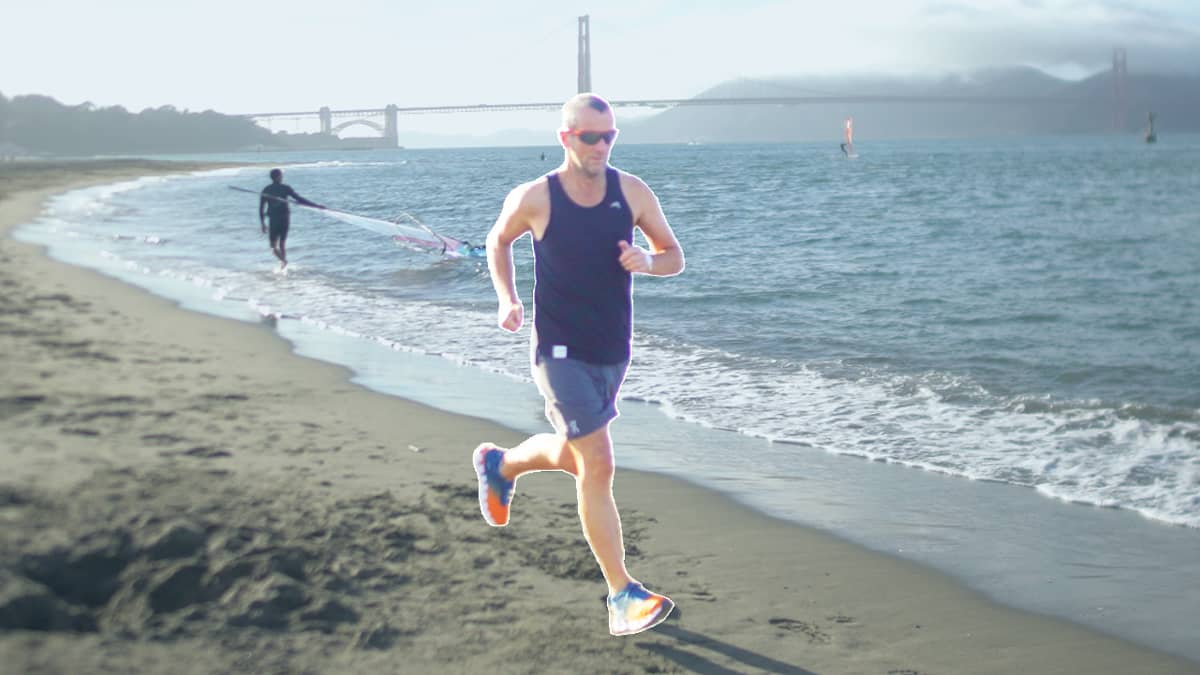 Running is safe. No joint is injured solely by running, despite what you may have heard. Running only damages already damaged joints. You can run forever if you have healthy joints and good running mechanics. However, if you have lost your meniscus cartilage, suffer from arthritis, or have lost motion from tight hips, ankles, or a torn ligament that causes your knee joint to move abnormally, running can indeed cause damage to the cartilage in the joints.

Let’s consider the knee’s components: bone, cartilage, and ligament. Most people have a rough image of the bone configuration, the bulbous lower end of the femur meeting the platform of the tibia—but there’s a lot of material between these surfaces. Let’s start with cartilage.

Articular cartilage, typically 1.69 to 2.55 millimeters thick, covers the ends of the bones (as in all joints) and provides a smooth, bearing surface. As I have mentioned before, this surface is roughly five to ten times slicker than ice sliding on ice! When you injure the articular cartilage or get arthritis, this smooth surface begins to get rougher. As the surface roughens, there is a dramatic increase in the friction between the surfaces in the joint. This increased friction leads to gradually increasing wear of the joint surfaces. During activities such as running, the damaged surfaces can’t absorb and distribute the impact force from your foot hitting the ground as well as normal joint surfaces can. So higher peak forces on an injured knee produce damage.

The normal knee also has two meniscus cartilages, which distribute forces and stabilize the knee. If they are torn or missing due to injury or surgery, the impact forces are concentrated on a smaller area of the knee leading to more rapid wear.

Ligaments stabilize the knee. Unstable knees lead to tearing of the meniscus, and just like a car out of alignment wears out its tires, the abnormal motions of the unstable knee lead to an acceleration of the wear patterns of the joint surfaces.

Running produces peak impact forces on the knee of one to three times your body weight, depending on a host of factors, such as the smoothness of your gait, your running technique, and the surfaces you run on. Heel striking increases peak forces, whereas midfoot landing produces lower peak forces, as long as the running shoe is soft enough to permit compression of the arch tissues of the foot. Interestingly, when running is compared to walking, since you take fewer steps per mile when you run, the total amount of force that the knee sees is often less in smooth running than in walking. So, technique and surfaces really do matter.

We have found that people are able to return to running even after injury by repairing their articular cartilage and replacing damaged meniscus cartilage or ligaments with donor tissue. A long-term outcome study of some of our biologic joint replacement patients found that many were able to run again after fearing they had reached the end of the road.

The following, in no particular order of importance, are specific tips for extending your running life indefinitely.

The assertion that normal knees can run forever is backed by observations of huge animals, such as African elephants. Though weighing more than thirteen thousand pounds, an elephant can run extraordinarily fast and live for sixty years without joint arthritis.

Nothing beats running. Running provides endorphins, pheromones, adrenaline, and testosterone so efficiently that the addiction to running and the bliss from it is difficult to replace. In terms of cost and time, running provides benefits that outdo almost any healthcare program. If you have healthy knees, you can run, but make sure you run efficiently with a smooth technique involving short strides, midfoot landing, well-fitting running shoes, and soft surfaces. If you have injured knees, repair them, or find your bliss in “simulated running,” but don’t miss out.

Our robotic partial knee replacement patient and ultra runner Richard organizes and participates in one-of-a-kind long-distance races in awe-inspiring locations. He will likely put more running miles on his bilateral partial knee replacements than any other patient before him. Here is his story on how he strives to #RunForever. You may hear from more patients who've returned to running after knee surgery here in our patient story library.