ACL Surgery: Where the Problems Are

The ACL is the key stabilizer of the knee and is torn 300,000 times a year in the U.S. alone. The treatment of these torn ligaments has evolved in some ways, but not so much in others. Here is what we know today. 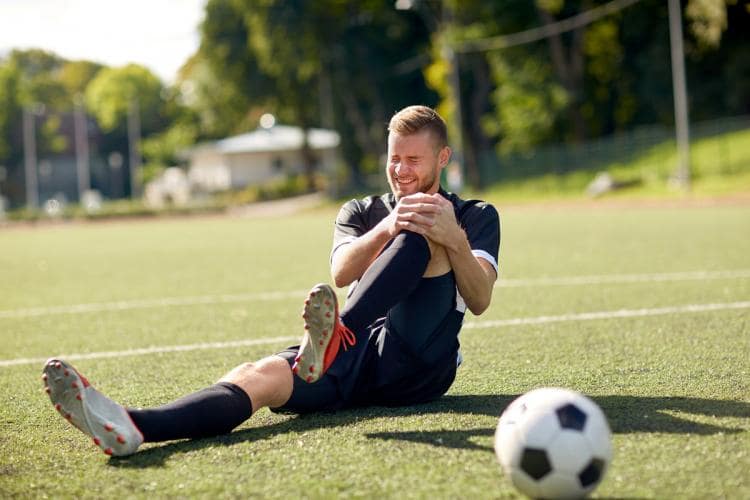 ACL ligament attaches the femur to the tibia. Impact injuries, pivoting injuries, and non-contact twisting motions that shift the tibia on the femur more than 5mm rupture the ligament—as it breaks at only 500lbs of force in young, healthy people. Once broken it may partially heal to the surrounding tissues, but the ligament rarely regains its normal connections. While some patients have “ACL independent” knees and don’t develop significant instability after rupture, most athletic people need their ACL to provide stability and to protect the meniscus tissues that rest upon the tibial plateau. Left unstable, approximately 80% of injured people will eventually go on to develop meniscus tears and 50% will develop knee joint arthritis.

Once torn, the optimal time to restore stability is immediately. While there has been considerable debate about the timing of surgery, all collagen-based tissues start scarring and shrinkage within minutes of tearing. The ACL fibers are similar to a climbing rope, which once stretched past its limit, suffers from internal disruptions of most of the fibers—even when the outside sheath looks intact.

Efforts to perform suture repair of the torn ACL tissue have had only selective success, despite efforts to add scaffolds, stem cells, and growth factors to the injured tissue. And those limited successes were obtained only when most of the ligament was still intact, acting as a scaffold to which the injured tissues can adhere.

In my hands, primary repair worked well when the tear was partial, located near the ligament origin on the femur, and the patients were older. Young, healthy, aggressive males rarely protected their primary repairs long enough to provide a successful outcome. Future devices most likely will be designed to work as temporary ligaments while inducing normal tissue remodeling.

ACL reconstructions with the patients’ own tissues—usually the hamstrings or patella tendon grafts—have not evolved very much. In the 21st century, we should not be taking one part of a person to rebuild another part. The harvesting of patients’ tissues permanently damages and weakens their knees, sacrificing normal anatomy. Surgical techniques have improved, and most surgeons have the tools to place the ligament anatomically now avoiding the errors of placement that led to failure in the past.

A common error in the initial diagnosis of ACL injuries is missing the associated knee injuries. When the ACL ruptures, more than just the ACL is stretched. The most common secondary injuries involve the meniscus, the articular cartilage, and the secondary ligamentous tissues, such as the posterolateral corner of the knee. If these tissues are ignored or resected, and not surgically repaired, the knees fail quickly.

Donor tissues from cadaver knees available for ACL reconstruction vary widely in quality. The strongest are the bone patellar tendon grafts from young, healthy donors who had not been irradiated. A higher rate of re-rupture of allograft ACL reconstructions has been reported in younger athletes–though this has not been our experience. While this is worrisome, there is already a 30% re-injury rate in young people with ACL tears, so better to rupture a donor graft than their own transferred tissue.

The pressing questions are: Why are we still robbing Peter to pay Paul, harvesting one part of the knee to fix another? Why are ligaments taking a full year to remodel? Why is there still a high re-injury rate? And, why so much arthritis? Can’t we put in tissues that are stronger and able to resist this devastating injury?

The hope is that stem-cell-derived self-repair cells and growth factors will accelerate the healing of ACL donor grafts and that improved collagen structures created in the lab will be better than the native ACL. Animal tissues that are stronger than human tissues (and treated to reduce rejection) will play a role. Faster healing and stronger grafts should lead to better joint protection.

We also now understand how to diminish arthritis by repairing and replacing the missing meniscus and regrowing the damaged articular cartilage within the knee. Altogether these efforts to biologically replace the knee joint already have made a difference. We are aggressively working on improving these approaches, as the current state of the ACL surgery art is pretty messy.