The Anterior Cruciate Ligament in the knee is estimated to be torn over 350,000 times per year in the US and reconstructed over 250,000 times. The reported failure rate varies widely—from over 30% in young females to just 5% in older, non-contact athletes. Why is this? 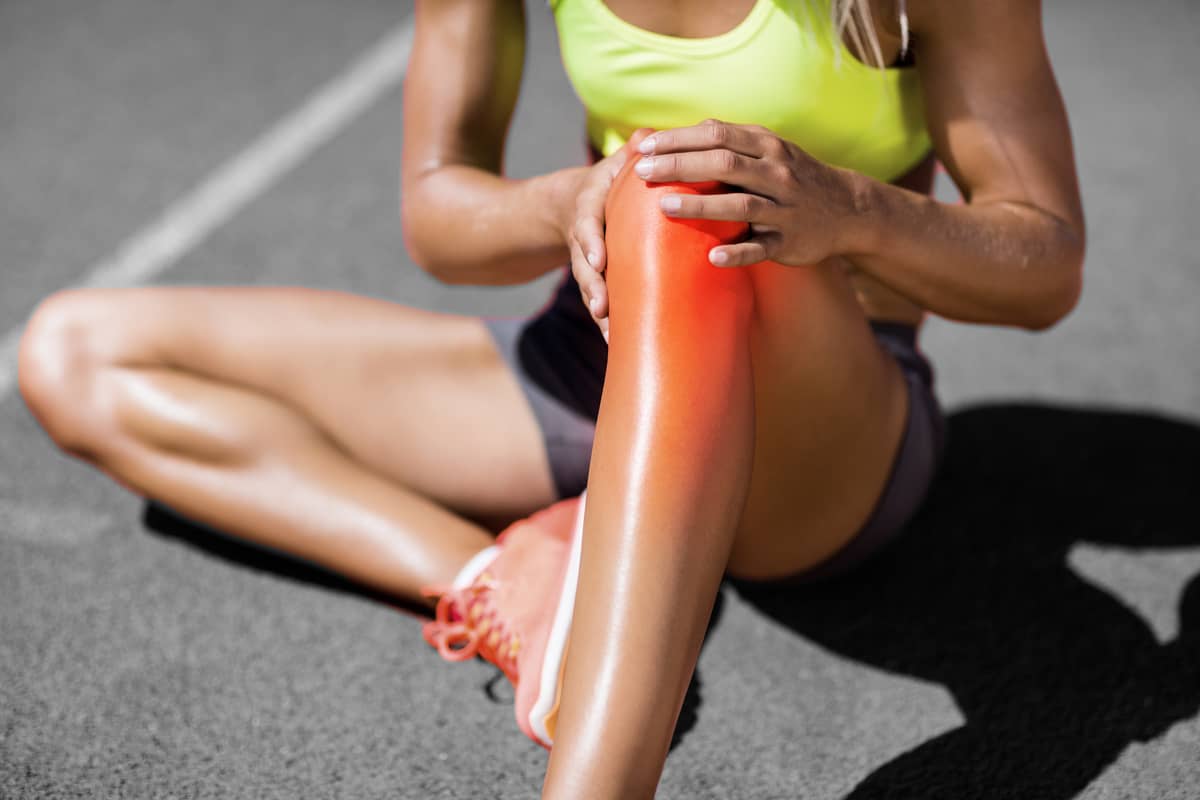 The ACL is a strong ribbon of long and short collagen fibers, interspersed with specialized cells, vessels, and nerves. It is the size of an adult’s index finger and inserts over a relatively broad area inside the femoral notch and onto the top of the tibia. The insertion of the ligamentous fibers reveals a complex organization of further specialized collagen, called Sharpey’s fibers, which control the force transfer from the ligament to the bones of the femur and tibia.

The ligament is at risk for hyperflexion, hyperextension, and rotation injuries. These injuries can occur from contact with another player or from an abnormal landing or fall. When the forces of injury exceed the strength of the ligament, the collagen fibers rupture. Small injuries can lead to partial ruptures, and bigger ones to complete failure. Much as how a climbing rope is strained by a significant fall by a climber, the ACL fiber failures are often within the ligament. This makes it difficult to know which injuries doom the ligament and which may heal on their own.

There is no substitute for the ACL that looks like, functions like, or performs like the natural ligament.  When a surgeon inserts a reconstruction tissue it is almost always a tendon, the quadriceps, patella, or hamstring. This is done with the hope that the substitute tendon—which has a completely different collagen, cellular, and nerve organization—will morph, over time, into a ligament in the recipient’s body.  This process (called ligamentization) occurs over 18 months but never achieves the normal anatomy or biomechanics of the original ACL. Artificial ligaments are even less similar to a normal ACL. Pig tendons and ligaments are still in development as ACL devices.

The challenge of using substitute tissues to replace ligaments is not limited to the tissue differences. The placement of the ligaments in their original anatomic positions is a matter of surgical skill and anatomy knowledge. While it might seem obvious that the reconstruction device should mimic the original in orientation and placement, the field of orthopaedics has been full of non-anatomical recommendations and wildly wrong fixation devices and insertion techniques. The most common reason I see patients with failed ACL reconstructions is poor placement (too vertical, too posterior on the tibia, too anterior on the femur).  When that athlete returns to sports, that non-anatomically placed ligament retears easily.

The second most common reason I see a stretched-out ACL is the failure of the surgeon to have recognized and reconstructed the peripheral tissues around the knee joint—tissues that are frequently injured at the time of the original ACL rupture. This occurs because, when the knee joint distends so dramatically, it not only ruptures the ACL but also damages the posterolateral corner or the anterolateral tissues.

The third most common cause of failure is the relatively early development of arthritis in an ACL injured knee with a tear in the meniscus that has not been repaired or replaced. We know that losing the function of even small amounts of the meniscus tissue leads to the markedly increased loading on the top of the tibia. If the meniscus is not repaired or repairable, it should be replaced as soon as possible to try to avoid this arthritis failure mechanism.

The final most common failure cause is a lack of full motion achieved after the surgery. Small amounts of loss of extension lead to anterior knee pain, and loss of flexion leads to diminished function in all sports and activities that include squatting. This error can be due to ACL placement or rehabilitation failure. It is crucial for all ACL patients, regardless of their sports goals, to participate in guided physical rehabilitation until they regain full motion and, hopefully, full strength.

Our research and the research of many others are directed toward improving the ACL injury experience with better tissues, growth factors and stem cell recruitment, optimized surgical techniques, and dedicated rehabilitation programs.  We will get better, and athletes will return faster and with more predictability.  Now if we could only prevent the injury in the first place…

A Patient's Story on Perseverance through a Failed ACL Reconstruction