Many people are bowlegged. Some are knock-kneed. Only a few are truly straight-legged. 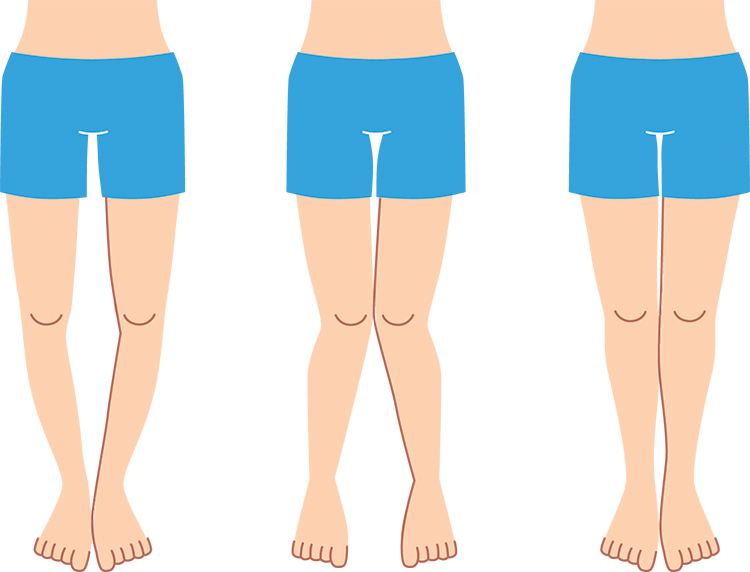 Most of the great runners are bowlegged. The running backs in football are all bowlegged. Many of the football linemen, who must squat and be forceful, are neutral to knock-kneed.

If so many great athletes have these leg angles, why are so many people recommended to have a “corrective” osteotomy: a cutting of the tibia, and occasionally the femur, to change the alignment of their legs?

Because of arthritis—and dogma. Orthopedic surgery students are taught that bad biomechanics will destroy good biology any day of the week. So if a patient complains of knee pain with bowed legs, the recommendation has often been to change the alignment of the legs and distribute more force to the center or the outside of the knee. Or if a patient has injured their weight-bearing surface articular cartilage or lost a portion of their meniscus cartilage, the leg gets cut in half, the foot pushed over to the centerline, a plate and screws applied, and six months of healing begins. Unfortunately, very few top athletes have ever returned to their previous level of play after this “corrective” procedure.

The advocates of osteotomy, which is much more common in Europe than in the US, argue that the newer plates and screws, the improved surgical techniques and the updated rehab programs have made this surgical technique safer and better. They state that the results are gratifying, with a reduction of pain. Yet the medical literature still reports a high complication rate. And if an artificial knee replacement is required at a later date, the results are compromised by the osteotomy.

What is the alternative? Almost everyone with pain in one side of the joint or the other has had a cartilage injury; they have either damaged the surface or lost the meniscus or both. My bias is to replace the missing meniscus and repair the damaged cartilage first and see if that is good enough.

But the cartilage loss must be treated promptly. Otherwise, the legs gradually collapse into being more bowed or knock-kneed. The surfaces on both the tibia and the femur wear off, eventually becoming bone-on-bone. At this point, either the joint must be reopened with an osteotomy and the cartilage replaced or a partial knee replacement performed. With the introduction of the surgical robot, this partial resurfacing is now becoming more common.

As with so many problems in medicine, identifying the problem—in this case, cartilage loss—and solving it directly is safer and more effective than treating the symptoms. It’s odd that we keep re-learning the same lesson.