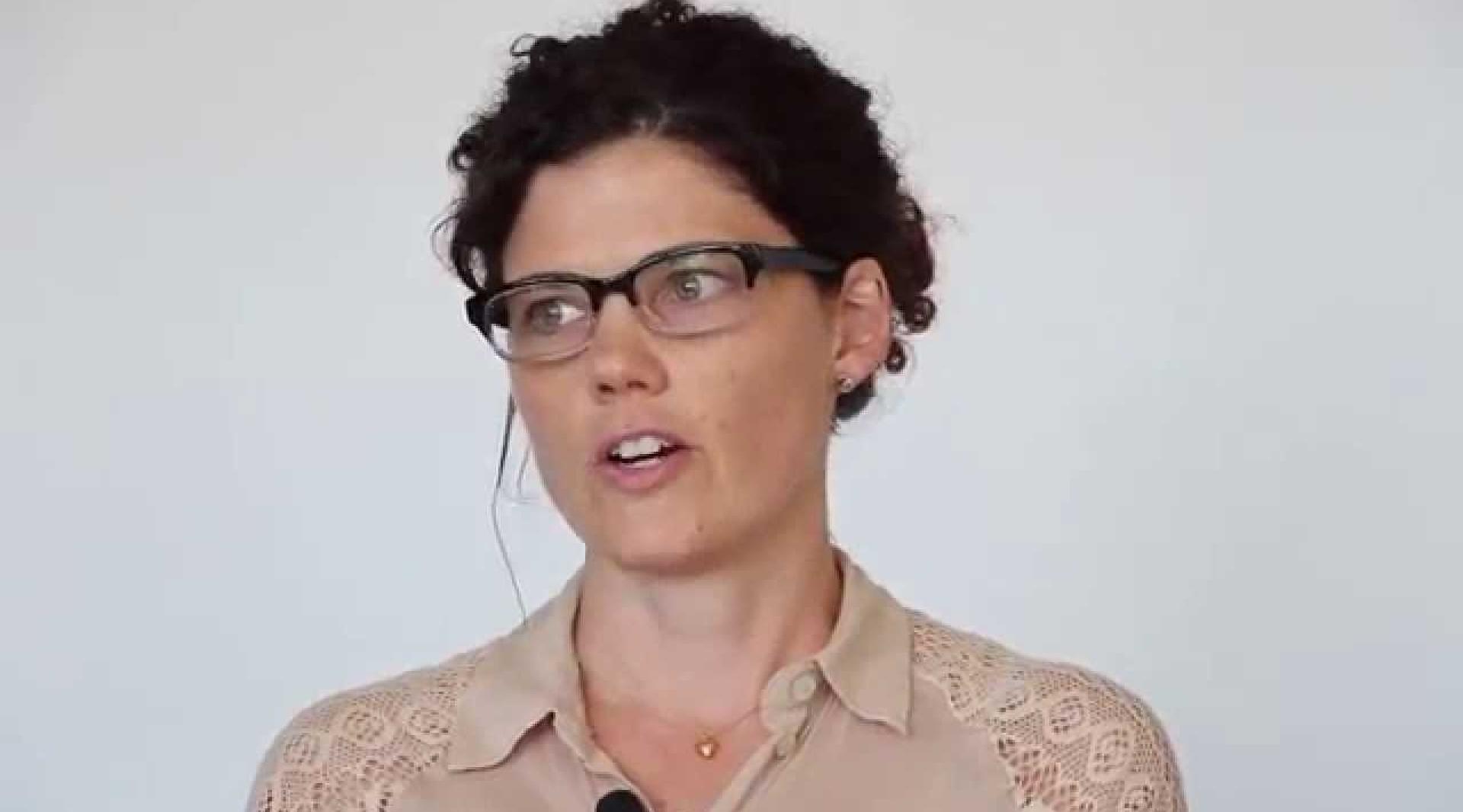 In 1997 so 19 years ago now, I fell about 15 feet and shattered my right foot and ankle and broke my pelvis and sacrum and I had an emergency surgery right away the same day. And then over the next 15 years I had several surgeries, um, several just kind of general cleanups kind of to see what was going on and in the joint or in the joints. And then eventually had a fusion, um, up until that was in early 2008. So up until then I was in severe pain, six to eight on a daily basis, on a scale of one to 10. And, um, nothing had really helped at all. Nothing had helped at that point. And then I had a subtalar fusion in 2008 and that took away one of the types of pain I had. I would say I had two to three different types of pain at that time.

So that was huge and that it reduced that pain. So that helped us isolate that the main ankle joint still had a significant amount of damage and did some more cleanups, some injections, tried various things, physical therapy and nothing was really helping. By 2009, I talked to my surgeon about amputation and was fully um, prepared to amputate. He gave me the names of, and he's a great surgeon. He helped me a lot. Um, I had several opinions. I recommend anybody get several opinions and um, uh, he, I talked to him about amputation. He was very, um, very gracious about it. Had said he actually thought about it for me but didn't want to bring it up because it is such a huge decision and gave me the names of several of his patients who had made that decision. And one woman in particular with similar age as me, early thirties, and I talked to her several times and um, she did not regret her decision at all.

She was very, very happy that she had gone through with the amputation and was running again and able to have an active lifestyle, didn't have Phantom pain. Um, given my circumstance, I was a little obviously nervous about that route. Um, particularly because of Phantom pain cause my pain was so significant, but hers had been significant as well, but mine had been 15 years, which was a really long time and it makes me more likely to have potentially have Phantom pain. So, um, I still decided to proceed with that route in the sense of really researching it and met with, um, looked at different prosthetic limbs and was very, getting very serious about that as my plan because my quality of life was so poor and being so young, I wasn't interested in just kind of living on painkillers and that wasn't working for me at all.

I didn't take any painkillers, so it was just in a horrible amount of pain. And then I just happened to get a call from a colleague out in California. I was in Baltimore and she was leaving her position and recommended me for her job and it was a really amazing opportunity for my career. So I decided to just go for it and figured, you know, I can, the weather is gentler in California. I'll see, I'll see if that helps and can always amputate later, but you can't go back. So I moved out here, um, became friends with a woman who has lots of um, very significant joint problems. She has rheumatoid arthritis and she recommended the stone clinic. And when I first came here, um, I had just had a hardware removal and had my ankle cleaned up a bit a few years before, which is a very difficult surgery, but I'm glad I went through with it.

Um, so by the time I got here, I was doing a little bit better, but I was still in pretty bad shape, pretty severe, constant pain. Um, and I was really, really blown away by there's the quality of care at the stone clinic. The physical therapist and Dr. Stone are all, they're clearly so good at what they do, but they also have the bedside manner, which is really, really hard to find. Uh, seen probably a dozen surgeons and had surgery with four of them. And it's really a first-class clinic. I wouldn't go anywhere else at this point. Um, so I, um, had an MRI and there was a significant amount of damage to my main ankle joint and dr stones, uh, recommended cleaning it up and possibly doing, um, cartilage repair. So we went in with the, in 2012 I had surgery with him and he went in with the intention of, um, taking some cartilage from another joint and possibly repairing, placing it in my ankle, which is a significant recovery, but I was willing to do that given the quality of life I was hoping to gain.

I used to be extremely athletic. Um, so the good news is we went through without surgery. It came out and he said the joint wasn't as severely damaged as he anticipated, so he did not go through with the cartilage repair but cleaned it up a lot, quite a bit. And, um, so I think that was a huge factor in my recovery. And I think one of the key things that so many surgeons and um, that don't recommend. And you know, I haven't had a single surgeon recommend aggressive physical therapy the way they do here. And I think that focus on, I literally, Dr. Stone had me putting a small amount of weight on my ankle the day after my surgery, which really was very startling to me and blew my mind a lot. But I'm, I want to be an athlete again. So I was very, uh, just really surprised by this approach.

And so I did everything he said. I did very aggressive physical therapy here, um, at for several days after the surgery and then several times a week for, I'm not sure how long a month or two and um, that focus on gaining that movement, breaking up scar tissue, preventing new scar tissue from forming and this really aggressive approach and just incredibly, incredibly positive environment was, has been huge in my recovery. And I am here today visiting after three years and I've since gone snowboarding and hiking significant hikes, not just little hikes, but pretty substantial hikes. Um, I walk without thinking about my ankle. I mean, I'm very aware that it's fused because it feels different, but my pain is managed at a zero to two on a day to day basis. And it's been that way for years. After about 16, 17 years of debilitating pain where I, my quality of life was significantly reduced because of it. So yeah, I highly recommend the entire staff here and, and I'm very impressed with the quality of care, The Stone Clinic, very innovative and very positive, very professional, and also just a really fun atmosphere. Everyone's, um, you can tell everyone here is really good at what they do.

Favorite Sports
Snowboarding
Hiking
Injury
Ankle Fracture
Ankle Osteoarthritis (OA)
Ankle Injury
Treatment
BioAnkle
Learn about the BioAnkle
Testimonial
I am here today visiting after 3 years and have since gone snowboarding and hiking. I walk without thinking about my ankle - I have 0-2 pain on a daily basis. It's really a first-class clinic. I wouldn't go anywhere else at this point.
Learn about the BioAnkle

In 2009, our patient was seriously considering amputation as a solution to end the debilitating pain in her badly damaged ankle. She delayed this drastic surgery because of a move to San Francisco. In 2012, she came to see Dr. Stone who was able to preserve her ankle. Aggressive physical therapy played a big part in her recovery. " I did everything he said ....and that focus on gaining movement, breaking up scar tissue, preventing new scar tissue from forming ...and incredibly positive environment has been huge in my recovery."

1997 she had shattered her ankle in a bad fall. Over the next 15 years, she had several surgeries on her ankle, nothing had really helped. She was in severe pain on a daily basis, a 6-8 on a scale of 1-10. In early 2008 she had a subtalar fusion - a surgical procedure that fuses the heel bone (calcaneus) to the talus (bone that connects the foot to the ankle). While this had helped with some of the pain, it was still unbearable. This is when she began to research amputation. She delayed the decision because of a new job opportunity bringing her to San Francisco. In 2012, a friend recommended that she see Dr. Stone. Dr. Stone repaired the ankle and our physical therapists worked with her on rehabilitation.

Download a Guide to our Ankle-Saving Procedures
Explore all your options. Learn about procedures that can help you return to sports & delay or avoid ankle fusion/replacement.