If all of us were organ donors, there would not be a shortage of the life-saving tissues that go to waste every day. And I’m talking about more than kidneys, hearts, and lungs. Orthopaedic tissues, such as meniscus and articular cartilage, are also in short supply. Here is a little insight into a solvable problem. 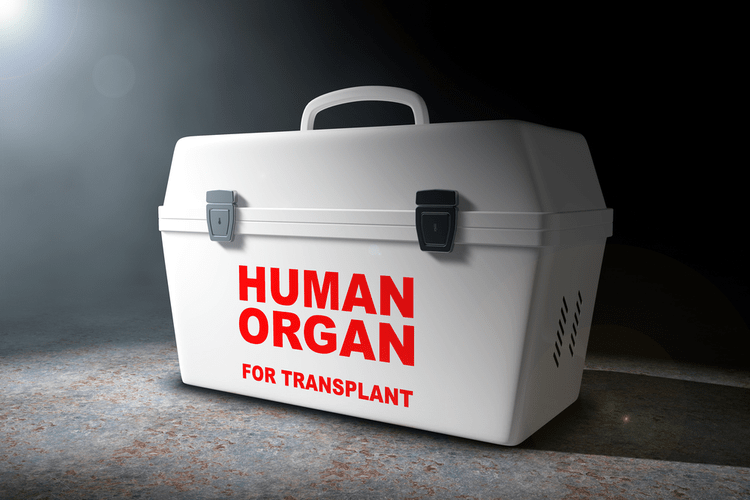 Opting in takes an act of mild courage and intention. You must choose to donate your tissues upon death. Because so few take this step, other people languish on waiting lists, often dying before the tissue they need becomes available. The numbers are staggering: Some 120,000 people are on waiting lists for organ donation in the U.S. each year.

The choice to opt out makes one feel a little guilty about wasting one’s organs and allowing them to rot in a cemetery or be burned up in a crematorium. But in places such as Austria, the UK, and Chile—where everyone is automatically opted in—90% of people are organ donors

Donated organs, as well as non-life-saving tissues, are badly needed here in America. This need not be the case. In the U.S., approximately 10,000-25,000 healthy young people, who could be organ donors, die each year. If each of these persons has a pair of healthy knee joints, as many as 20,000-50,000 medial (and an equal number of lateral meniscus) cartilages could be made available for donation each year. But they are not, and so there is a shortage.

In the U.S. currently, only about 2,000 meniscus transplants are performed annually. Clearly, there is a large and unmet need. Why?

There are several reasons for this sorry state of affairs. First, though, it’s important to know that the actual cost of harvesting a meniscus from a cadaver is no higher today than it was 10 years ago. The cadavers are donated for free, so the costs are mainly for harvesting (and dozens of other tissues, such as hearts, lungs, eyes, and bone, are harvested at the same time), testing for infectious disease, packaging, and storing. The distribution is done by FedEx, often with an extra charge given directly to the recipient.

So why the shortage? Because the worldwide demand for meniscus tissues and other orthopedic reconstructions is soaring, and the US tissue banks have realized they can sell their donated tissues to overseas surgeons and hospitals at a hefty premium—especially since most other countries do not have regulated tissue banks of our quality.

All of this has vastly inflated the cost of a donor meniscus replacement. Tissue banks have increased the price from around $1,500 in 2010 to approximately $5,000 today. Even so, it sometimes takes months to supply the tissue.

That brings us to another sad and untold part of this story: It is unclear if those Americans who do “opt in” would want to see their donated tissues distributed randomly around the world (and sold for a high mark-up). While we are a very generous nation, when there is a real shortage here, I think most people would want to see their fellow American’s needs met first.

Tissue donation, and the use of these tissues to replace injured parts, is an important field that needs wide utilization and improvement. We, along with other research sites, are actively engaged in teaching surgeons the techniques of meniscus transplantation, educating doctors and patients about the importance of replacing the tissue as soon as it is removed, and adding native repair cells, progenitor cells, growth factors, and other additives to these tissues to help them be incorporated into their recipients in a faster and stronger manner. These programs will not advance, however, if the costs of tissue acquisition are pushed so high that few surgeons use them, insurance companies balk at the high cost, and tissue banks focus only on the highest bidders.

One solution: make “opting in” to organ donation universal, so that you must opt out to not be a donor. Overwhelm the system with supply, train surgeons to replace tissues, and convince patients to reject a “wait until my body falls apart” attitude. Today, in the 21st century, we should not be taking tissue from one part of an injured person’s body to replace another part, when off-the-shelf tissues could be ubiquitous and effective.