Schiffrin and the Robots

Mikaela Shiffrin has brought ski racing to an entirely new level. Her extreme focus and total life commitment dwarf those of all other competitors. Is this what it takes to win? 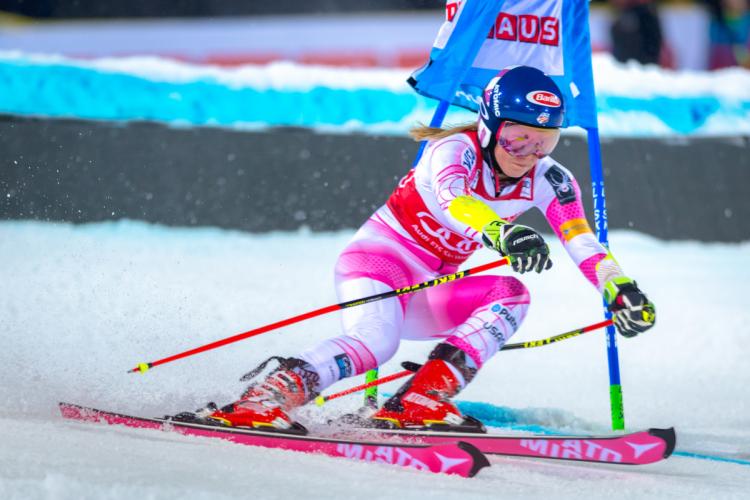 Lindsey Vonn was on track to be the greatest ski racer of her generation. She won 81 World Cup races, 4 overall World Cup titles, and 3 gold medals. She combined beauty with awesome power, challenging the men in a sport where power and guts often determine the outcome. Yet along the way, she became a very public figure with a social life highlighted in the media: a marriage and divorce, a high profile relationship with Tiger Woods, and multiple injuries. Despite her often career-threatening injuries, she inspired us all with her phenomenal comebacks. Still, one has to wonder: Do public distractions lead to irregular performances, and—in a sport where mistakes lead to sometimes fatal crashes—avoidable injuries?

Along comes the Shiffrin family. It’s composed of a prodigy skier, and her Mom and Dad. Her Mom, a woman willing to dedicate her entire life to her child, becomes Mikaela’s coach, confidant, roommate, and guardian against all outside influences. They travel (in name only) with the US Ski Team, but with their own physiotherapists, trainers, and hotels. They put a 24/7 laser focus on sports performance, wearing the ubiquitous headphones to block out any extraneous distractions. In this virtual bubble, the athlete whose talent starts out at the “gifted” level achieves absolute dominance of her sport. Until she doesn’t.

And Mikaela plans to excel beyond the range of those technical ski events where she had trained most of her life. She has turned her attention to the speed ski events, the Super G and Downhill, which she had avoided as a youth. She courageously applied her skills to those races, where a loss of focus lasting even a few milliseconds can lead to a crash at 70 mph (and often a severe injury)—and while she has won on the World Cup, the Olympics presented a whole new level of stress.

It is intimidating to all who compete in skiing. And it raises some disturbing questions. Must an athlete become a robot to dominate? Is there no room for variety of life, especially in a world-touring sport? Must one be insulated so completely that one’s coach and Mom and roommate and protector are one and the same?  Is the risk of injury, or career-ending distraction, the price one must pay for a full, diverse life? And are these athletes vulnerable to unexpected bouts of stress that cause them to become completely unglued? Were the lives of Lindsey Vonn and Tiger Woods—to name just two examples—the embodiment of phenomenal talent being derailed intermittently by social misadventures that disrupt the intense lives of the of the maniacally driven?

As you watch the nauseatingly up-close-and-personal TV interviews and vignettes that punctuate the Olympic events, watch for the telltale signs that distinguish “well-rounded” athletes from high-performance human machines. Try to predict which will succeed. Then ask yourself: How would you define success? Is it only through absolute domination? And if so, is it worth the sacrifice?