Athletes in this year’s Winter Olympics have been genetically engineered to perform.

This is not only legal, it is natural. Genetically modified athletes jump higher, run faster, ski better, shoot straighter and heal faster from their injuries than their predecessors. They eat the best foods, down handfuls of supplements and rub all forms of creams and ointments into their skin, all legally and naturally. 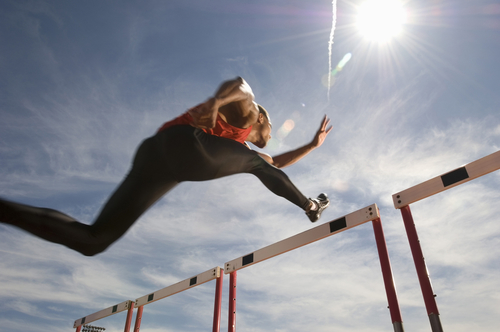 What these athletes are doing is augmenting the naturally occurring genetic modification that happens every nanosecond in everyone’s bodies. The human body is made up of 10 trillion cells, 9 trillion of which are microbes representing 3 percent of the dry weight of the body. The microbial cells are constantly interchanging fragments of DNA with the human genome.

The simplest of foods turn human genes on and off. For instance when glucosamine, a naturally circulating complex sugar that is also derived from sea shells, is ingested as a supplement for joint health, it has been shown to up regulate (turn on) the genes that produce the matrix of cartilage that lines the human joints. Another naturally occurring complex sugar, called hyaluronic acid, is isolated from rooster combs and administered orally or injected into the knee to treat osteoarthritis. One of its many effects includes regulating the gene expression of various growth factors to relieve joint pain. Is it odd that we fear GMO foods?

In the aftermath of an injury, the body orchestrates a complex system of gene regulation to initiate a repair process. This system turns on and off various genes that trigger a cascade of events at the cellular level. Accordingly, new medical therapies are being developed that leverage the idea that altering the activity and expression of one’s own genes is crucial to healing. For example, researchers at the University of Massachusetts discovered a new way to speed up the body’s regeneration of its own injured tissue using nanoparticles made from red blood cells of a rabbit. By simply applying these specially designed nanoparticles to a wound, they found that the surrounding stem cells received the right cues to differentiate (maturate by expressing certain genes) and therefore help in the healing process.

Gene therapy, inserting therapeutic genes to cure a genetic disease such as sickle cell anemia, increases the oxygen-carry capacity of the blood cells. These athletes have a life-saving treatment, which also produces a medically induced athletic advantage.

Genes are affected not only by medical therapies and supplements but also from physical and emotional stressors. During times of high stress levels, the release of a hormone called cortisol has widespread and pervasive effects, ranging from changes in cognitive function to immune suppression. It does so at a molecular level by binding to certain cell receptors that affect which genes are turned on and off. A study in 2011 from Germany, which surveyed endurance athletes, found that they showed elevated cortisol levels over an extended period of time, suggesting that this is an area of possible interest and concern in professional endurance sports.

Remarkably, genetic activity is not the only thing that is constantly changing within our bodies. The chemical composition of our actual genetic makeup changes, too. A study released in 2008 from Johns Hopkins University emphasizes how a type of chemical DNA modification, called DNA methylation, changes an individual’s genetic makeup over his or her lifetime. Another study found that exercise can also induce specific changes in the DNA methylation of certain genes in the genome to make our bodies more efficient at metabolizing fat.

Added to that is the fact that our cells change all the time, too. Human cells turn over relatively rapidly with blood cells lasting only 120 days, cells of the stomach lining lasting only five days, the epidermis fully turns over in 14 days and the human skeleton refreshes every 10 years. The athlete today is not even the same person as the athlete of one month ago.

The world’s elite athletes and their trainers and advisers are aware of much of this information. They know how to select supplements and training techniques to specifically influence the genetic expression of helpful or harmful messengers in the body. As the science of training and health continues to improve, human performance will continue to surpass what was previously thought of as the limits of achievement. Should we call them GMAs, genetically modified athletes, when they are really just the best expression of human optimization?